Study of the association of autoimmune markers of Thyroid Disease in Lupus patients with MHC class II system and the C1858T polymorphism (rs2476601) of PTPN22 genetic system. 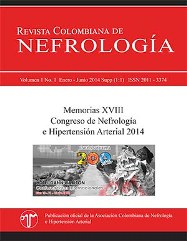 Introduction: Systemic Lupus Erythematosus (SLE) is a chronic, multisystem autoimmune disease of unknown etiology and autoimmune in nature, characterized by the presence of autoantibodies. In Autoimmune Thyroid Disease (AITD) there are two major diseases, Graves’ disease and Hashimoto’s thyroiditis. Both characterized by the infiltration of lymphocytes and the production of autoantibodies against thyroid antigens specific determinants of the clinical expression.
Advances in genetic methods in the past 15 years allowed significant progress in the identification of genes of complex diseases such as SLE and AITD. Thus genetic systems MHC class II and PTPN22 (C1858T), are linked to the development and/or protection of SLE and AITD. For this reason and considering that the host gene interaction is load dependent gene especially in multi-ethnic groups like the Colombian Caribbean population and the population of Cundinamarca. Immunogenetic study was performed in patients suffering from SLE with autoimmune markersthyroid disease.

Material and methods: In this descriptive study, with a case-control component, a nested cohort of 300 patients suffering from SLE, linked to the research institution Genetics of lupus, was performed to determine the anti-thyroglobulin and anti- thyroid peroxidase antibodies. After this, we selected two groups, one of 58 seropositive to thyroid autoantibodies (SLE/Auto-Ac), and 116 randomly selected seronegative subjects. To each study subjects underwent typing of HLA-DRB1 and HLADQB and SNP genotyping of PTPN22 rs2476601.

Results: The 88.6% of patients were female and 11.7% were male. Being 19.3% seropositive and 80.7% seronegative the autoantibodies. It was found that the system in MHC class II HLA-DRB1* 0701, HLA-DQB*0202, HLA-DQB*0603 behave as predisposing factors to the development of SLE/Auto-Ab. Moreover HLA-DRB1*1503, HLA-DQB*0309, HLA-DQB*0602 acts as a protective factor. Similarly it was found that the haplotypes HLA- RB1*0701/HLADQB*0202 and HLA-DRB1* 1503*/HLA- QB*0602 behaves as predisposing factors and protective, respectively. Also in the PTPN22 system, the presence of  allele A is associated as a predisposing factor. Similarly GG and AG genotypes in the population behave as protective factors and predisposing, respectively.

Conclusions: In this study, is met as described in the  literature regarding the relationship between gender and disease, like autoantibodies in the study group, as evidenced by the group Kundan Kumar et al, in a review of 2012. In reviewing the literature, in two different studies of Autoimmune Thyroiditis cases and healthy controls, made in the UK Caucasian population, the researchers found that HLA-DRB1*03/04/08 and HLA -DQB*04/03, behave as predisposing factors, with HLA-DRB1*07/13 as protective factors. Moreover, in a study of Korean children in 2011, found that the most common allele is HLADRB1*08. Making a big difference with our study. In a meta-analysis of PTPN22 polymorphism C1858T, in four Asian population studies and seven studies with Caucasians, found a significantly increased risk for development of autoimmune thyroid disease in all populations. Like as demonstrated in our study.

PDF (Español (España))
No national or foreign publication may partially or totally reproduce or translate Revista Colombiana de Nefrología articles or abstracts without prior written permission from the journal’s Editorial Board.

Most read articles by the same author(s)